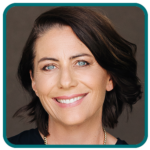 Previously as CEO of a large organisation, Melissa led over 4,500 employees operating internationally with clients that included Top 100 ASX and major government portfolios. Melissa executed a strategy that delivered exceptional Shareholder value and employee satisfaction of >90% and created a culture that led the privately owned company to be recognised an unprecedented 9 years in a row as the leader in it's sector.

Return to About Us